[Ep#381] A story of the miraculous moves of God

[Ep#381] A story of the miraculous moves of God

A story of the miraculous moves of God

Welcome to the first episode of our BEtheDifference Series where we speak to people who are making a difference in the world with their message and their mission.

So, what happens when you surrender yourself fully to the Lord to take on one of His assignments? A difficult and potentially dangerous assignment, where you had no idea how you would even fund the project?

Miracles happen. And, lots of them. 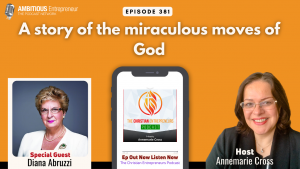 From money to fund projects (where there was previously, none), through to plane tickets (that were previously sold out and impossible to get), and many other things that occurred when Diana Abruzzi made a promise to the Lord.

Diana Abruzzi is the Chairman and Founder of the International Women's Federation of Commerce and Industry (IWFCI) – the first Chamber of Commerce for women in the world at the time of its inaugural meeting in 1992 in Melbourne Australia.

Diana is a pioneer and leader in the cause of free enterprise and economic development. From championing the advancement of women in business around the world to giving a stronger voice for Australia at international forums on entrepreneurial economic initiatives to business and personal development.

Let’s listen in as Diana shares her story. 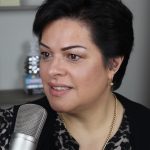 Dubbed “The Podcasting Queen,” Annemarie is recognized as an industry pioneer, launching her first co-hosted podcast in 2008 to be the voice of inspiration and hope amongst the deluge of ‘doom and gloom’ after the GFC devastated families worldwide.

Over a decade on, she’s the author of Industry Thought Leader: How To Go from Invisible to Influential (and Profitable) with a Podcast and continues to be the voice of inspiration to a global audience through her award-winning podcasts.

Annemarie continues to live out her mission of ‘Changing the World – ONE Message at a Time’, with her own podcasts, as well as by supporting Professional Services Businesses (coaches and consultants) who are experts in their field (yet feel like they’re the world’s best-kept secret) go from Invisible to Influential (and Profitable) with their own Thought Leader Podcast.

Click here to access Annemarie's Industry Thought Leader Podcast Series to help you go from Invisible to Influential (and Profitable) with a Podcast.

Our Major Sponsor: Build Your Business 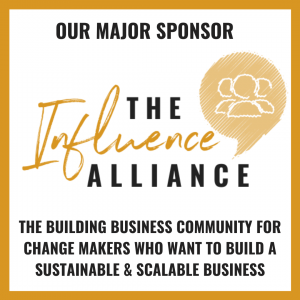 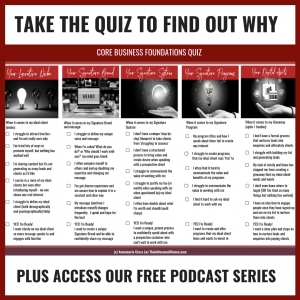